Full planning permission secured for 9 dwellings on a site outside the urban confines and identified within the Local Plan as a village gap.  Officer recommendation for approval was overturned by planning committee.  The decision was appealed and the Inspector considered that these matters were not so harmful to warrant refusal.  The Inspector, however considered that the site impacted upon European sites and there was no mitigation in place to offset this impact. An identical scheme was submitted to the council which included a draft Unilateral Undertaking to secure the mitigation.  The committee unanimously agreed with the officer recommendation to approve the scheme. 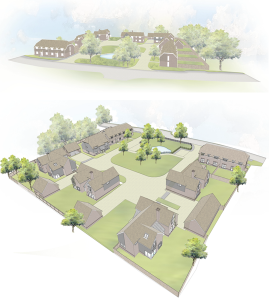